Mountain Fever Records is proud to announce the release of the debut CD by Kevin Richardson & Cuttin’ Edge.

Known to their fans as KRACE, Kevin Richardson & Cuttin’ Edge is a relatively new band on the bluegrass circuit. But don’t mistake that “newness” for inexperience. Their front man, Kevin Richardson, may well be one of the most underated guitarists and vocalists in bluegrass music, due in no small part because he’s been quite comfortable taking on a more supportive roll as a sideman to some of the most popular male vocalists in the genre. After a stint helping noted tenor vocalist Lou Reid form his first solo band, Carolina, and then spending the last four years on stage in support of bluegrass legend Larry Stephenson, Richardson has learned more than a thing or two about bluegrass and what it takes to form a successful band in today’s world of music. “Kevin might be the best at what he does for his generation of guitar players and singers,” states Larry Stephenson. “If you don’t believe me just listen to my 20th Anniversary CD and our new What Really MattersCD. Kevin spent almost 4 years with me and I enjoyed him as a person as much I did his playing and singing.”

Joined by Boyd Hulin on mandolin and vocals; Scott Burgess on bass and vocals; and Chris Ward on banjo, KRACE is officially making their mark with original songs and a firm foundation built on friendship and great taste in music. The band has already been performing regularly at festivals across the country and just completed taping the popular “Song Of The Mountains” show that airs nationwide on PBS television. The self-titled CD on Mountain Fever Records will be released August 7th and is already receiving rave reviews from those lucky enough to hear some advance cuts from the project. “I knew from the very start that Kevin was a really good singer, guitarist and songwriter and would fit my group “Carolina” like a glove,” states Lou Ried. “After receiving three songs from Kevin’s new recording, I can see that he is ready for his professional solo career with his band Cuttin’ Edge. The recording is excellent with tight vocals and the music is smooth but with lots of punch. I can’t wait to hear Kevin’s entire project and I know that the bluegrass music fans will love it too!” 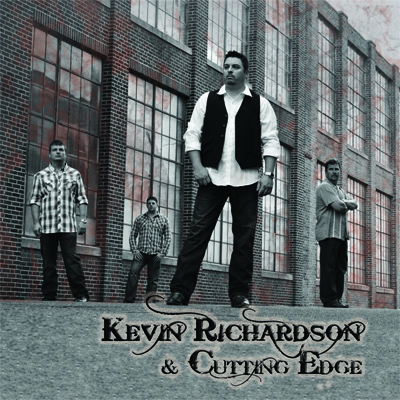