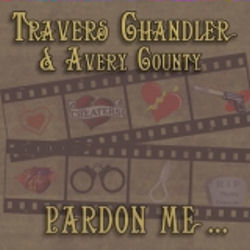 Pardon Me is an example of true, traditional bluegrass in every sense of the word. Chandler took due diligence in song selection for this project, a task he readily admits in his liner notes that he has never done before. During the recording process from September 2011 through April 2012, Chandler lived through possibly the most heartbreaking and difficult time of his life, resulting in a song selection that conveys the emotion he was feeling at the time. The result is tragic, dark and depressing at times, presented by a self-proclaimed “mad man”. Travers Chandler & Avery County perform some of the best classic bluegrass and honky-tonk style country music ever heard on Pardon Me, supporting Chandler’s life-mission of keeping the legacies of his musical heroes alive.
Sweet Potato Pie Anyone? Kevin Richardson and Cuttin’ Edge