Delta Reign: Calm Before the Storm 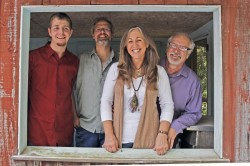 Formed in the fall of 2004 by husband and wife team Pat and Benita Murphy, Alabama-based Delta Reign considers themselves just a bit different from the norm. “Delta Reign brings together the musical influences of each of our members; bluegrass, western swing, blues and jazz,” states Benita. “We like to call it Delta Bluegrass.”

And with her solid rhythm and moving swing chords on guitar, Benita certainly adds the swing and jazz element to the band while also taking on most of the lead singing with a very earthy, deep-rooted vocal style. Pat Murphy brings the bluegrass influence with his driving banjo and his creative ideas with the arrangements help give the band its unique sound. Singing together over the years with Benita has afforded the life-partners a very tight vocal blend. Rounding out Delta Reign are Harrison, Arkansas native George Mason on fiddle and Joshua Faul from Gulfport, Mississippi on bass. Mason grew up on bluegrass but spent the better part of his career working with major touring acts and also served as the musical director for The Osmonds for six years. While a newcomer to bluegrass music, Faul brings solid bass knowledge to the band as well as the Mississippi blues element. 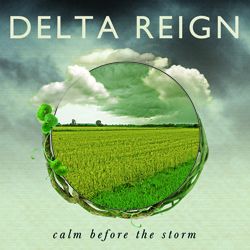 The first single, “Columbus Stockade Blues” is a fine example of what music enthusiasts have to look forward to with the band’s upcoming CD. Dating back to 1927, “Columbus Stockade Blues” was perhaps made most famous by Jimmie Davis’ recording in 1943 but has since been covered by everyone from Willie Nelson to Doc Watson. Delta Reign certainly makes their mark with the recording, giving it that Delta Bluegrass style they’ve claimed as their own.  It is available for download wherever great music is sold online !