Amanda Cook Releases New Single – You Were Mine

In anticipation of her new album, expected in early 2019, Mountain Fever Records is pleased to release Amanda Cook’s newest single, “You Were Mine.” 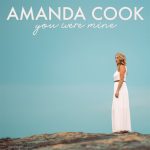 Bluegrass fans will be pleased they can now purchase and stream new music from Bluegrass music’s rising star.

Written by Amanda’s fellow band member, Carolyne VanLierop, “You Were Mine” is a lively, grassy tune
delivered with Amanda’s sweet, yet soulful voice that is quickly
becoming a favorite in the genre.
This song is full of fine picking and great harmonies! We dare you not to tap your toe!

BE IN THE KNOW
•”You Were Mine” features the talents of George Mason on fiddle, Carolyne VanLierop playing banjo, Aaron Ramsey on mandolin, Brandon Bostic on guitar, and Joshua Faul on bass. Carolyne and Josh provide the harmony vocals.
•It was recorded at Mountain Fever Studios in Willis, VA.
•Amanda recently signed a seven-year, five-album contract with Mountain Fever Records.
•She is in high demand at festivals and venues nationwide.
•Amanda’s greatest bluegrass influence is her father. She says growing up, “Flatt and Scruggs was a must!”
•Amanda and her husband, Dennis have two amazing children. Most people don’t believe they have one in college.
•The Cook’s make their home on the Gulf Coast of Florida.
•Their beloved yellow lab, Cooper is “spoiled rotten.”
•When she’s not playing music, Amanda loves to cook and bake. Her homemade brownies are “world famous.”
•Her favorite snack on the road is pimento cheese and Chicken in a Biskit crackers.