Mountain Fever Records is happy to announce bluegrass group Jackson Hollow has joined the label. This newly formed band is exemplary in every category when it comes to the essentials we look for – vocals, musicianship, arrangements, solid material and performance. The sound is pure bluegrass but with a freshness and vibrancy that is sometimes missing in today’s more traditional groups. Hailing from Canada they are three time winners of the BCCMA Gaylord Wood Traditional Country Award. Lead singer Tianna Lefebvre is four time BCCMA winner, including Female Vocalist of the year and the Horizon Award. Known for a “voice that stops traffic” she is widely sought after by all star performers and events. Tianna and the entire band strike a chord with people of all ages, backgrounds and musical tastes.

Mike Sanyshyn (fiddle & mandolin) is CCMA and BCCMA Fiddle Player of the Year, four Time Provincial Fiddle Champion and has placed in the top three at the Canadian Grand Masters Fiddle Championships. Mike is an in demand session musician who has toured with Grammy-nominated songwriter Deric Ruttan, and worked with legendary Canadian artists such as Ian Tyson, The Good Brothers, Lucille Starr, and Randy Bachman. 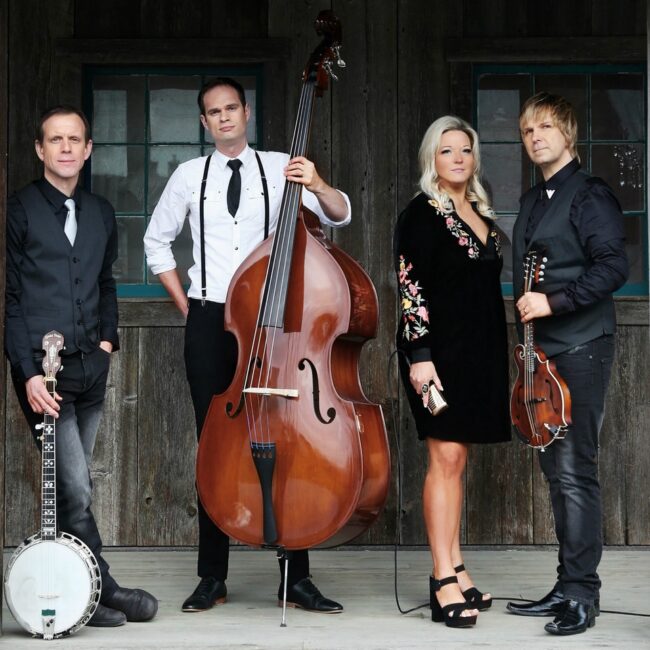 “Simple, powerful and instantly magnetic” the blend of heart-wrenching lead vocals and dead-on harmonies backed by impeccable instrumental talent is what you can expect from Jackson Hollow. American and International audiences get ready for new music from this band soon on the way!

Mason Via Is Headed For The Big City! Jr Williams Finds His Way to Mountain Fever Records