Straight Up Grass in your face, featuring picking and real-grass vocals, from these road-hardened veterans.

Volume Five is an exciting band, and are blazing their own red-hot trail into the Bluegrass Nation. This group of talented performers consists of Glen Harrell- (fiddle & vocals), Patton Wages- (banjo, & vocals), Chris Williamson- (bass & vocals), Jesse Daniel- (mandolin & vocals), and Colby Laney- (guitar & vocals). Don’t be surprised if these guys are not strangers to the festival goers, as each member of Volume Five has held tenure with a national touring band. Playing with such well known acts as Marty Raybon and Full Circle, The Anita Fisher Band, Randy Kohrs and The Lites, The Larry Stephenson Band, and David Davis and The Warrior River Boys has helped each member of Volume Five hone his craft to perfection, while at the same time given each member the stage experience needed to entertain just about any crowd. The band started getting together casually at the beginning of 2008, and after a few short jam sessions, it was apparent that this band had something unique to offer. While a traditional band for the most part, their soulful singing, dead-on harmonies, and precision picking set them apart from other bands of this style. They have received critical acclaim for their first project, Down In A Cell; and hope that you will enjoy their efforts on their second project which they are putting the finishing touches on now. They will be on the lookout for you at the festivals this next year, so be sure to be on the lookout for them. Ask your local bluegrass promoters to book Volume Five. If you haven’t seen them, you won’t be dissappointed, and if you have seen them, I know you’ll want to catch them again. 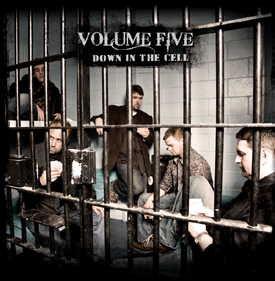 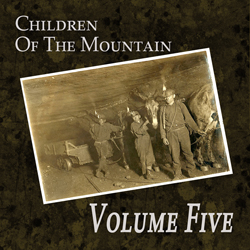