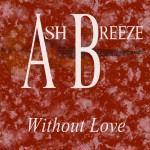 The first quarter of 2014 is set to introduce the bluegrass and Americana worlds to the exciting new sounds of North Carolina natives Ash Breeze (formerly known as The Smith Family) with the release of their self-titled debut album on Mountain Fever Records.  The first single from the album, “Without Love,” produced by Aaron Ramsey (Mountain Heart) releases to radio TODAY.

“Without Love” was written to express a painful journey the band made when realizing “we had put too much emphasis on external things in our faith and that had developed a great deal of pride in us,” said father of the group, Allen.  “We are learning that without love our faith is empty. We also know that without this painful experience we would not have learned this lesson.”
Ash Breeze’s meaningful and enticing bluegrass/Americana sound is reaching new fans with each performance, including their refreshing appearance in Raleigh, NC for the recent IBMA Wide Open Bluegrass festivities.
Classically trained until they switched to bluegrass in 2010, the tight knit family group and versed musicians consists of father Allen on bass, daughter and powerhouse singer Nellie on fiddle, and three sons, Corey on guitar and vocals (also Producer of Generation Bluegrass documentaries, a video bluegrass project that is drawing a great deal of attention), Luke with his steady and polished style on banjo and Cajon, and Eli on vocals and mandolin, offering up a speed and finesse that belies his years.   The band’s sound is distinctive, fresh, creative and mature.
The name ash breeze has great meaning to the family and is an old sailing term referring to the ability to row the rowboat yourself when there isn’t enough breeze to fill the sails (during a time when oars were made of ash wood).  Sailing by ash breeze is a major theme in the book “Carry On Mr Bowditch,” a family favorite and the source of inspiration for the band’s name change.
It’s apparent that the band is heavily steered by their love of a variety of musical genres including folk, jazz, bluegrass, classical, blues and gospel influences.  What you will hear is a distinctive sound strong on instrumentation and intertwined with tight, melodic family harmonies.  “Our (music) is different,” says patriarch Allen Smith.  “It’s really acoustic Americana with a gospel influence. It could be played on folk stations, as well as Christian and bluegrass. I don’t know what it is, but I think it’s good music.” 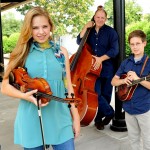 Daughter Nellie is gaining a name for her distinctive and soulful singing style along with her smooth, melodic, and award winning fiddle playing that has been greatly influenced by greats like Stuart Duncan and Andy Leftwich.  Her sound, both vocally and instrumentally, is unique and adds to the promising musical landscape of what Ash Breeze brings to the table.
Don’t judge the group by their age, but by their identifiable sound that is fresh and sophisticated.  Among other developments, the band recorded a segment for WUNC’s nationally syndicated show Song of the Mountains on the same show as Doyle Lawson and Quicksilver, that show will air in the spring of 2014.
For more information on Ash Breeze and the radio single, contact Mountain Fever Records at radio@mountainfever.com or visit www.mountainfever.com
Airplay Direct link
FOR BOOKINGS CONTACT smithfamilyfarm@gmail.com / (910)309-8494
Darrell Webb & Rhonda Vincent Join Forces For A Powerful Song Grasstowne releases second single from upcoming 2014 Release