Mountain Fever Records is pleased to announce today’s release of new music from international artist Kristy Cox to radio. “Ricochet” is the title track and first single from the album due for release January 19, 2018. 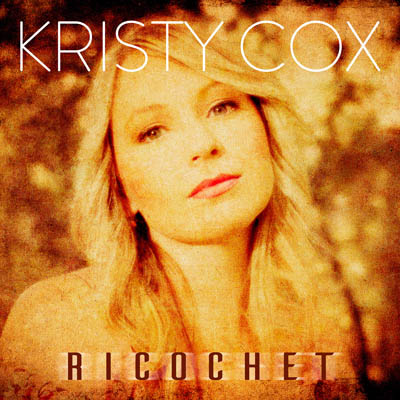 Kristy’s long-time producer, Jerry Salley calls her “Australia’s greatest import to American bluegrass music” and is thrilled to also be co-writer (along with Alice Lankford and Jimbo Martin) on the title track and first single. “‘Ricochet’ is a hard-driving, up-tempo tune about a country girl who has her sights set on love,” he says. Although the song may be a bit tongue-in-cheek, Kristy’s delivery of “Ricochet” leaves the listener with no question as to where her heart for the music lies. Her powerful voice edges its way through the lyrics with tremendous strength and believability.

About Kristy Cox
From a young age, Kristy Cox captured plenty of attention with her distinct singing style and positive nature, resulting in opportunities to open shows for major acts and making regular festival and television appearances across Australia, Europe, and the US. In 2015 she was selected as an official showcase artist for the International Bluegrass Music Association (IBMA) where she began drawing the attention of music industry professionals. With a string of #1 hits on radio and country music television in Australia, Kristy has also made headway on the US bluegrass charts in recent years. Her last two projects, produced by Grammy® winner Jerry Salley, were very well received, with the latest making strong appearances throughout 2016 on multiple album and songs charts. 2017 kicked into high gear when she won “Bluegrass Recording of the Year” from the Country Music Association of Australia, and she also made the IBMA Awards second ballot in several categories.