Fresh off the win of TWO International Bluegrass Music Association (IBMA) Awards, Volume Five has emerged with new music being released on Mountain Fever Records today. “Now That’s a Song” is the first single from an upcoming album, Milestones, due early next year. 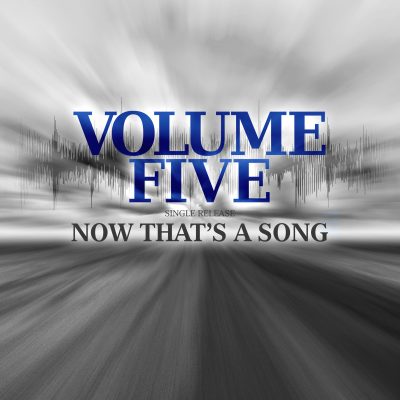 With their career moving with in an upward trajectory, Volume Five is coming out of the gate strong with “Now That’s A Song,” the first single from their new album. “I had been looking for a good uptempo song and contacted Bob Minner to see if he had anything fresh to send me,” says Glen Harrell. “This one caught my ear right away and I thought ‘now that’s a song.’ A few moments later, after reaching the chorus, I realized that was actually the title of the song! Bob co-wrote this with Shawn Lane and we think it’s a winner!”

With an unexpected, almost subtle dobro kickoff, “Now That’s A Song” blazes into a spirited, straight-up bluegrass melody supporting a sweet lyric telling of a long-time love. Harrell’s lead vocal moves flawlessly with the words while the makeup of V5 proves exactly why they are turning a genre of music noted for its musical dexterity, on its ear.

Listen to “Now That’s A Song”