Justin Moses hits the airways with Fall Like Rain

It’s an honor for Mountain Fever Records to announce the new single from the exceedingly talented, multi-instrumentalist, Justin Moses. “Fall Like Rain” is available today on all digital music sites and from bluegrass and Americana radio. 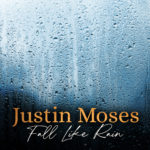 Justin is one of the finest artists in music today. He’s the 2018 IBMA Dobro Player of the Year and has performed on stage

or in the studio with an astonishing lineup of artists. He also has a hearty list of professional accolades. Justin makes his home in Nashville, TN with his wife, acclaimed mandolinist, singer and songwriter, Sierra Hull whom he is often found performing music with as well. Learn more about his career and life here.

“Fall Like Rain” is a cover of Eric Clapton’s tune from his 1998 album Pilgrim. Justin says his good friend, artist Keith Garrett first suggested he try the song out because it fit Justin’s vocal style. After one try it was a fit and easily became the first single from Justin’s new project.

Justin sings lead vocal on this track and plays banjo and dobro as well. He is joined by a who’s who of today’s top talent including:

We are certain listeners will find “Fall Like Rain” a new favorite as this group of artists perform flawlessly to create a unique sound like none other in the genre today.Fans can look forward to a full album from Justin Moses and more of his top-notch colleagues later this year.