Mountain Fever Records is proud to announce the release of a stellar new album from fiddler, Jamie Harper. Old Pal is available to radio and consumers today with his first single, “To Fly,” already receiving airplay across the country! 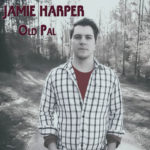 The Appalachian region continues to be a virtual hotbed of bluegrass music producing a strong crop of young musicians and singers. During the last decade, that’s never been more true, with thelatest generation of talents taking over a legion of “sideman” spots alongside some of the top artists in the genre. Mocksville, North Carolina native, Jamie Harper, is one of those talents who has been carving out a place among the best fiddlers in the business. Over the last few years, he’s worked with Marty Raybon, Carrie Hassler and Blue Moon Rising, but since early 2014, he’s taken the stage as the fiddle-playing, tenor singer for one of the music’s favorite male vocalists, Junior Sisk. His style is reminiscent of Benny Martin, with plenty of double-stops and a hard-driving feel, and fits in perfectly with the traditional vocals of Sisk. On Old Pal, Harper brings in some of his young colleagues and creates an ensemble that is worthy of any stage across the country.Joining Harper on Old Pal are fellow Ramblers Choice band members, Jason Davis (banjo), and Kameron Keller (bass), as well as Keith McKinnon of IIIrd Tyme Out (guitar), Quicksilver’s Kevin McKinnon (mandolin) and Josh Swift (dobro). This band of like-minded young men are accompanied by several guest vocalists including Dustin Pyrtle and Eli Johnston, both Quicksilver band members, and accomplished singer-songwriter, Daniel Salyer. Also making appearances on the album are Marty Raybon and Junior Sisk, making for a perfect musical blend across the generations. The guest vocalists are a superb addition throughout the project, but Harper himself shines on several songs including a rousing and spot-on version of Bill Monroe’s “Goodbye Old Pal.””I’m really excited about this record and I couldn’t be more pleased with how it turned out, says Jamie Harper. “I really wanted an overall band sound and having grown-up with most of the artists on this album, it just came natural. I wanted to do songs that featured the fiddle but at the same time not make it overly dominant. I’ve always enjoyed the supporting role for the good of the song versus being a heavy instrumental focal point and I’m really thankful for all these guys to get in the studio and make it happen.”
Mountain Faith Releases 2nd Single – Madam Mountain Faith Auditions for America’s Got Talent