Mountain Fever Records is pleased to announce “Carolina Wind,” a new single from Irene Kelley is available to radio and consumers today! Kelley’s debut album for Mountain Fever Records, These Hills, produced by Grammy® winner Mark Fain, will be released this summer.
Irene Kelley’s signature mix of Bluegrass, Country and Americana appeals to music lovers across all genres. A native of Latrobe, PA, Kelley discovered her flair for songwriting as a teenager and soon found her way to Nashville, TN where her songs were quickly noticed and recorded by Carl Jackson, Ricky Skaggs and Sharon White. While recording an album for MCA, independently releasing two more records and touring worldwide, Kelley raised two daughters and scored cuts with Alan Jackson, Trisha Yearwood, Loretta Lynn, Pat Green, Brother Phelps, Rhonda Vincent, Claire Lynch, Darrell Scott, The Whites, the Osborne Brothers and others. But it’s not just her songwriting that has drawn much deserved attention her way. Kelley’s pure and lonesome vocal prowess has tugged at the heartstrings of music lovers for years, making her one of traditional music’s most beloved musical story-tellers. 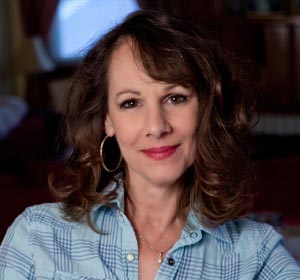 Kelley’s debut album for Mountain Fever Records includes what most would consider an artist’s “dream team” of musicians — Stuart Duncan (Fiddle), Adam Steffey (mandolin), Brian Sutton (guitar), Scott Vestal (banjo), Mark Fain (bass) — and this first single, “Carolina Wind” also features harmony vocals by industry heavy-hitters Claire Lynch and Ronnie Bowman. Co-written with Milan Miller and Thomm Jutz, Kelley makes it clear how she feels about this first single, “I love this song so much and how it was created.  Milan is from North Carolina and Thomm was telling him how much I love it in the mountains over there. We got together and had this one finished in an hour. Making road trips is a big part of being a touring musician and some of my favorite stretch of highway is I-40 East to North Carolina and on to the beach. The lyric, fast pace and Scott Vestal’s banjo really make it fly.”
“Carolina Wind” – Listen Now!
“Carolina Wind” is available to radio programmers via AirplayDirect or by emailing  radio@mountainfever.com and to consumers via iTunes and Amazon. The complete album,These Hills, will be available everywhere this summer. For more information on Irene Kelley, please visit www.IreneKelley.com.
Rice – Menzone Alliance – Something Out Of The Blue Section House – Next Generation Superstar Instrumental Group