Michelle Nixon is no stranger to the stage when it comes to soulful singing. The Virginia native grew up surrounded by music, began singing in church and joined her first band at the age of 14 embarking on a musical journey that found her singing a variety of gospel and classic country music. Gathering inspiration and style from, among others, Loretta Lynn and Emmylou Harris, Nixon quickly developed her own powerful sound and won the Virginia Female Vocalist of the Year award in 1990 and 1991. Through a recording collaboration with bluegrass artist Malcolm Pulley, Nixon discovered her love of bluegrass music and founded her own band, Michelle Nixon and Drive in 2002, making a lasting impression on the bluegrass world.In 2006, Nixon won the Female Vocalist of the Year awards from SPBGMA and later that year was honored to be part of the Daughters of Bluegrass album, Back To The Well which won the IBMA’s Recorded Event of the Year. In 2009, The Daughters of Bluegrass took home the award again for the song, “Proud To Be A Daughter” from their follow-up album, Bluegrass Bouquet.

“A Place I Belong” was Mountain Fever Records first NUMBER ONE recording after it landed in the top spot on the September 2011 BMP Top Bluegrass Album Chart!!! 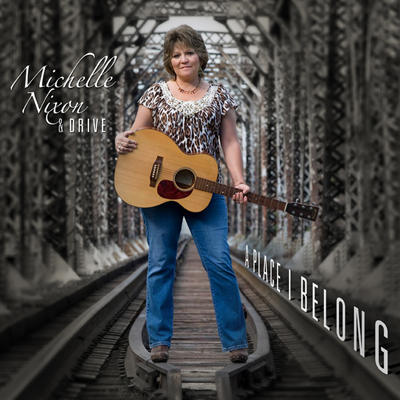 Volume Five – Children of the Mountain The Spinney Brothers – Memories