Tammy Rogers & Thomm Jutz – I Surely Will Be Singing 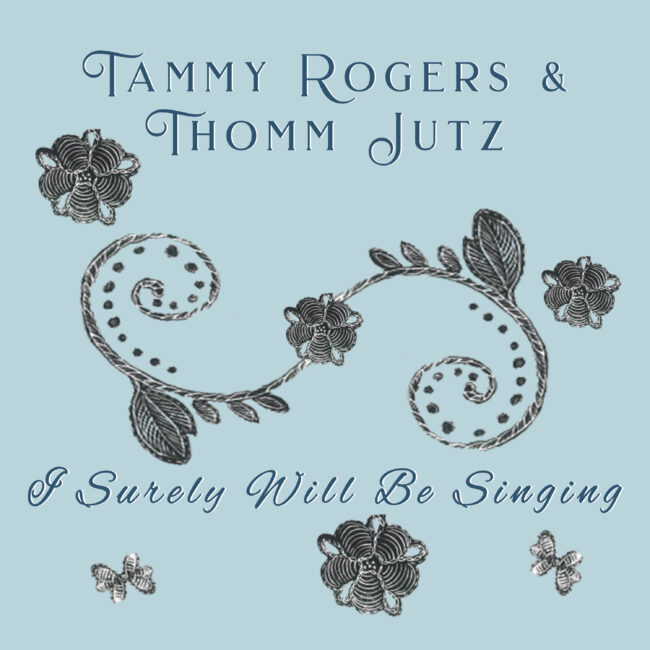 Mountain Fever Records is excited to announce the release of Tammy Rogers & Thomm Jutz brand new music, “I Surely Will Be Singing.” The single premiered on

The Bluegrass Situation Friday, and releases worldwide to the public TODAY! This song is from their upcoming album of new original music Surely Will Be Singing, arriving early next year.

“I Surely Will Be Singing” was inspired by the realization that bird life blossomed significantly during the pandemic because of less traffic. And as people spent more time at home or outside during lockdown, they were more likely to notice that abundance.”

“Also, that song talks about playing music not just because it’s a career,” Jutz tells us. “It talks about singing and playing and creating because you were created to do that. It’s a really simple song, too, musically and lyrically. We’re so influenced by old music that simplicity is something we’re always looking for.”

We hope you’ll enjoy and share this song and its thoughtful messages going forward in your days to come. Links to the music follow.

The pair met in 2016 when seated at the same table at a music industry gala, yet their creative paths had run parallel for years. Rogers may be best known as a co-founder and fiddler in the Grammy Award-winning bluegrass band, The SteelDrivers. Meanwhile, Grammy-nominated Jutz toured as a guitarist for Mary Gauthier, Nanci Griffith, and David Olney before developing a reputation as one of bluegrass music’s most prolific songwriters. At the end of that industry event, they exchanged phone numbers intending to write together sometime. Five years later, they’re still collaborating on a near-weekly basis. Among a catalog of more than 140 songs, they selected a dozen of the best for Surely Will Be Singing.