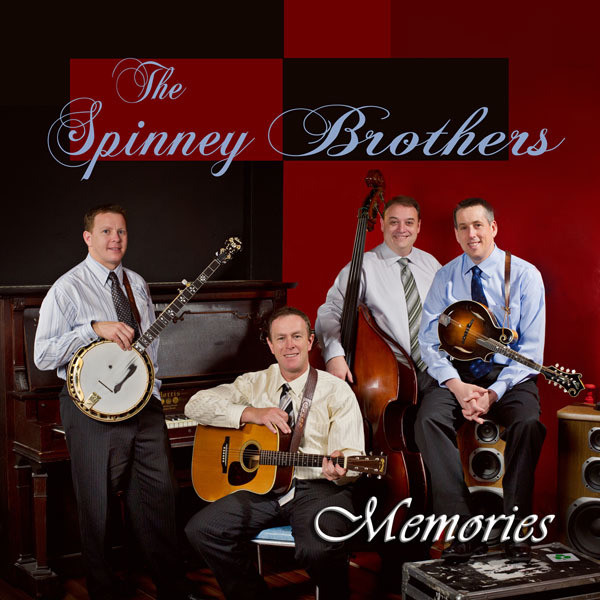 MFR120313
$9.00
In stock
1
Product Details
From the Annapolis Valley of Nova Scotia, Canada, brothers Allan Spinney on guitar and vocals and Rick Spinney on banjo and vocals debuted their band in 1992, featuring a tight brother duet vocal style that was immediately recognized for its energetic and distinctive sound. Since that time, the band has released 8 CDs independently and are recipients of many Eastern Canadian Bluegrass Awards including 3-time Vocal Group of the Year. In 2010, The Spinney Brothers were inducted into the Nova Scotia Country Music Hall of Fame. Joined by Gary Dalrymple on mandolin and Darryl Hebb on bass, The Spinney Brothers have performed professionally all over Canada and in the United States from California to Maine.
The Spinney Brothers' debut CD for Mountain Fever Records, Memories, produced by Ron Stewart includes music from notable songwriters such as Marshall Warwick ("Memories", "Lying Ruby"), Carl Jackson ("The Train Song", "Makin' A Killin'", "When The Walls Come Tumblin' Down"), David Cooper ("Old Roman Soldier"), and Dave Lindsey ("What A Wonderful Life") as well as original music from Rick Spinney ("One Day Late And A Dollar Short"). In addition to producing, Ron Stewart played fiddle on the project and Rob Ickes played Dobro.
Track Listing:
1. Memories
2. The Train Song
3. Old Roman Soldier
4. Makin' A Killin'
5. Chilly Winds
6. One Day Late And A Dollar Short
7. Truck Driver's Queen
8. Rebels Ye Rest
9. Sally's Waltz
10. When The Walls Come Tumblin' Down
11. Lying Ruby
12. Cabin On A Mountain
13. What A Wonderful Life
Save this product for later
Display prices in: USD