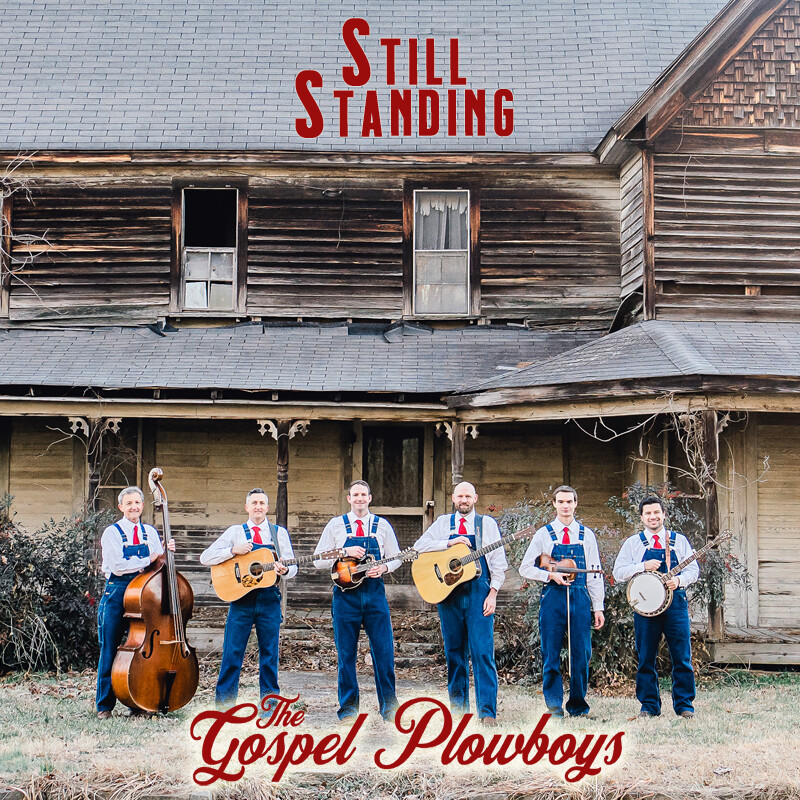 Morning Glory Music proudly announces the heartwarming new album, Still Standing, by The Gospel Plowboys. The band includes the talents of Michael Jenkins on guitar and vocals, David Brown on upright bass and vocals, Andrew Brown on mandolin and vocals; Kris Miller on vocals; Alec McCallister on fiddle, and Peden Williams on banjo.

“We’re very excited to release our new album Still Standing on Morning Glory Music,” said Michael Jenkins. “This album contains eight new original songs, and as always, we threw in a few of the old red back hymns in Plowboys Fashion. A special moment for us is including a song written by our band’s founder David Murph who passed away in 2017. We’ve weathered many storms through the years, but nothing has changed. We’re Still Standing on the hope and the promises of The Lord Jesus Christ.”

The Gospel Plowboys’ recent singles, “Don’t You Want To Go” and “Dallas,” were warmly welcomed by radio programmers and listeners. The band climbed to #6 on the Singing News Magazine’s Gospel Chart in August and appeared on Bluegrass Today’s Gospel Song Chart for numerous weeks.
Other tracks on the album include “Someone Like Me,” “What Would You Do For Jesus Now” “Why Not Now,” “Just A Little Talk with Jesus,” “Let the Lord Fight Your Battles,” “Poor Rich Man,” “Still Standing,” “I’ll Fly Away,” and “Free.”

Bluegrass and gospel music fans will undoubtedly enjoy this album by The Gospel Plowboys as they did with the band’s previous releases like their Billboard™ Top Bluegrass Album, Welcome Home.