“I am so excited for the release of my new project on Mountain Fever Records. The music and material are some of the best work that I have done in my recording career,” said Linda. “I am looking forward to being on the road this year and letting the audience hear the new music.” 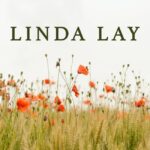 Barry Bales also stated, “Linda is the total package with an effortless delivery that is equally at home singing bluegrass,

classic county, or a reimagined modern cover.” While Linda Lay covers Charley Pride, Townes Van Zandt, and Blondie on the album, she and producer Aaron Ramsey also handpicked fresh new material that brings the project full circle. The first track, “The Happiness of Having You,” is the first single release from the upcoming album. The full 10-track album includes the songs:

The Happiness of Having You – Ted Harris

I’ll Be Here In The Morning – Townes Van Zandt

Linda spent her early years with Janette Carter at the Carter Family Fold near Bristol, Virginia, and played with her family band before starting her own group, Appalachian Trail. She met her husband, David Lay, playing music, and they founded Springfield Exit along with David McLaughlin. Linda has toured nationally with the masters of the Steel String Guitar and was the featured vocalist and bassist. Linda is a master artist in traditional singing for the Virginia Foundation for the Humanities. Along with banjoist Sammy Shelor, they recorded a project, Taking the Crooked Road Home, for the Virginia Folklife Program under the direction of Jon Lohman. Linda has performed with singers across several genres of music, from the likes of Vern Gosdin, Carl Jackson, Bruce Hornsby to Piedmont blues singer John Cephas and master of the telecaster, Bill Kirchen.